The Death of the Night Storage Heater 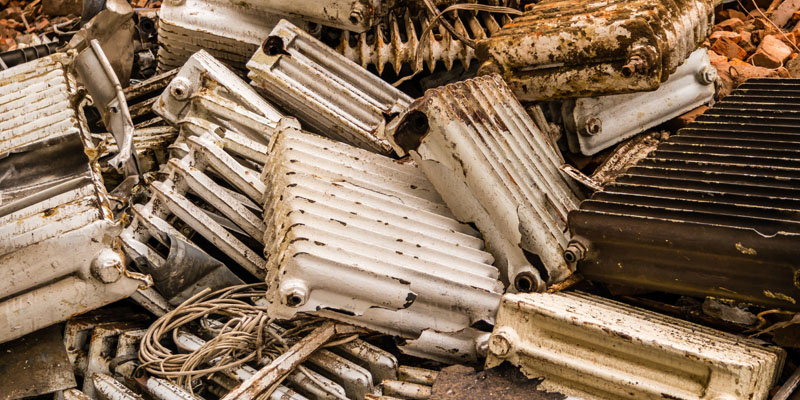 Since the late 1940’s, night storage heaters have been an unsightly, yet popular method of heating in many properties across not only the UK, but the rest of the world as well. Usually constructed from sheet metal, fire clay storage bricks and metal heating elements sealed within, they became one of the most common forms of heating available on the market in the mid to late 20th century.

Pre-1970, they also often contained asbestos insulating board made from asbestos, a substance we now know to be highly toxic and that was subsequently outlawed in the 1990’s.

How do they work?

Night storage heaters work by taking advantage of either Economy 7 or Economy 10 electricity tariffs. Both tariffs provide either 7 or 10 hours of cheaper rate electricity throughout a 24-hour period, which storage heaters utilise to store heat. Once the period of cheap electricity has ended, all power is cut off to the storage heater and they are left to produce heat through the day, with little to no control over when and how much heat they give out at any given time.

Some night storage heaters possess a built in convection fan to assist with heat distribution, but this is just another costly gimmick (usually using a couple of kilowatts per hour to operate) with very few benefits.

One other downside, which many consumers complain of, is damage to their décor. Due to the storage heater holding heat for prolonged periods throughout the day and much of the heat escaping through the back of the heater due to where the clay bricks are situated, it is a very common sight for the wall behind a storage heater to become burnt and flaky. For any house-proud person, this is a nightmare.

Although often cheap to purchase, their lack of controllability and inefficiency to retain heat late in to the evening has found them to be an enemy for many homeowners, with people seeking better and more efficient alternatives to keep them comfortably warm through the winter months. Because of this, people are forced to supplement their storage system with an alternate form, such as a small fan or oil filled radiator. This is yet another cost and for many, unwanted electricity usage which contributes toward your electricity bill.

With the UK government in discussions to change building regulations within the next few years to allow only electric heating to be installed in newly built properties, every potential homeowner will be on the lookout for the most efficient way to heat their homes, especially with electricity prices also on the rise. Night storage heaters are not the way forward.